Chhattisgarh CM to flag off ‘Mahtari Nyay Rath’ for awareness among women about their rights, laws 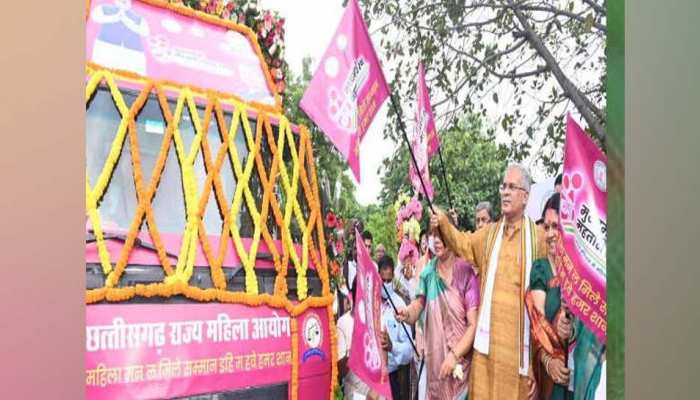 The Chhattisgarh Women Commission will organise ‘Mukhyamantri Mahtari Nyay Rath Yatra’ to make the women of the state aware of their constitutional rights and laws.

Chief Minister Bhupesh Baghel will flag off the ‘Mukhyamantri Mahtari Nyay Rath’ (chariots) on the occasion of Hareli Tihaar festival.

The chariots will travel in all the districts and make people aware about the legal provisions of women and their constitutional rights, through short films, messages and brochures.

Each chariot will have two lawyers, who will listen to the grievances of women and provide information and advice. Women will also be able to submit their applications for resolution of their grievances to Women’s Commission through these chariots.

There will be a large LED screen, wherein nationally-awarded educational short films in Chhattisgarhi and Hindi will be shown. The state government has made special changes in the DMF policy for Mahtari Nyay Rath. The DMF amount received by the district will be used for the operation of Nyay Rath.

Through these chariots, women will be informed about the process of applying to the women’s commission for resolution of their grievances. Women will also be provided legal advice and counselling for their situation. At first, this rath will cover the nine districts that are receiving Mineral Trust Fund. Later, it would tour the remaining districts of the state.