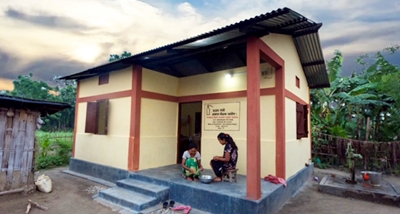 This information was given by the Union Minister of State for Rural Development, Sadhvi Niranjan Jyoti in a written reply in the Rajya Sabha yesterday.

She said, out of the overall target of two crore 95 lakh houses under the scheme, a target of 2 crore 70 lakh houses has already been allocated to the States and UTs.

The Minister also informed that Under PMAY-G, beneficiaries are provided financial Assistance of one lakh twenty thousand rupes in plain areas and one lakh thirty thousand rupees in hilly States. Under the scheme, households are also provided water, LPG and electricity connections in convergence with other relevant schemes.