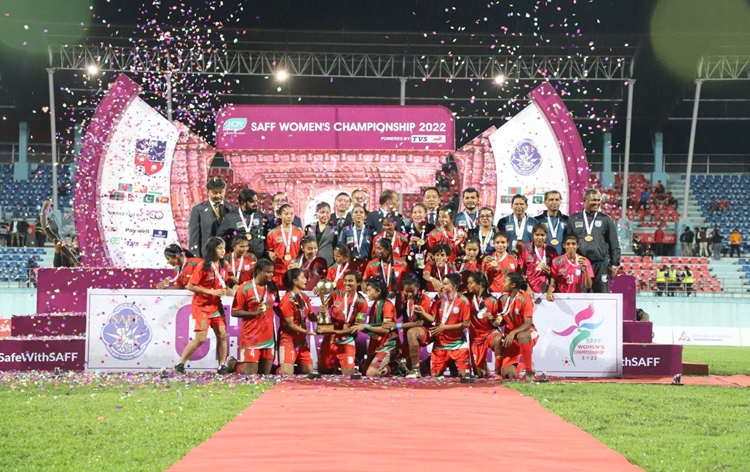 Bangladesh won a historic victory at the SAFF Women’s Championship to lift the maiden title at the Dashrath Rangshala Stadium in Kathmandu, Nepal. The Bangladesh team defeated hosts Nepal by 3-1 in the finals.

The current SAFF members are Bangladesh, Bhutan, India, Maldives, Nepal, Pakistan and Sri Lanka. Formerly, eight members used to compete, prior to the departure of Afghanistan from SAFF. It is held every two years.

India won first 5 edition so far, beating Nepal four times and Bangladesh once in the final. Bangladesh is the current champion having defeated Nepal by 3–1 goals on 19 September 2022 in the final.