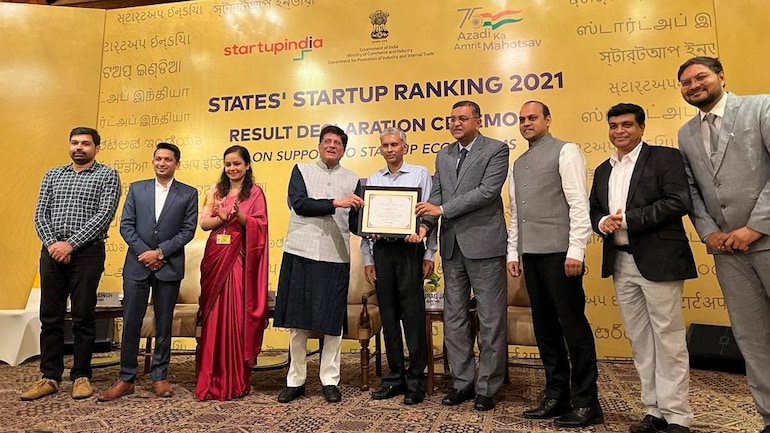 The results for the States’ Startup Ranking 2021 were announced by Union Minister Piyush Goyal. Gujarat earned the highest numbers in comparison to any state or union territory and has retained its position in the top category of ‘Best Performer’ for the third time in a row. As many as 28 states and 8 union territories participated in the event. The Union Minister gave the award to S.J. Haider, Principal Secretary – Education and Dr. Rahul Gupta, IAS, Industries Commissioner and Nodal Officer of Startup Gujarat Cell.

The 2021 rankings conducted by DPIIT along with Startup India were based on seven broad reform areas ranging from institutional support, fostering innovation and entrepreneurship, market access, incubation support, funding support, mentorship support and capacity building of enablers to 26 action points. Along with the rankings, the government also released the national ranking report for all participants, as well as specific state and UT reports, highlighting the overall structure of the exercise including the framework and methodology, evaluation process and outcomes.