India and Namibia sign MoU to bring cheetahs to India 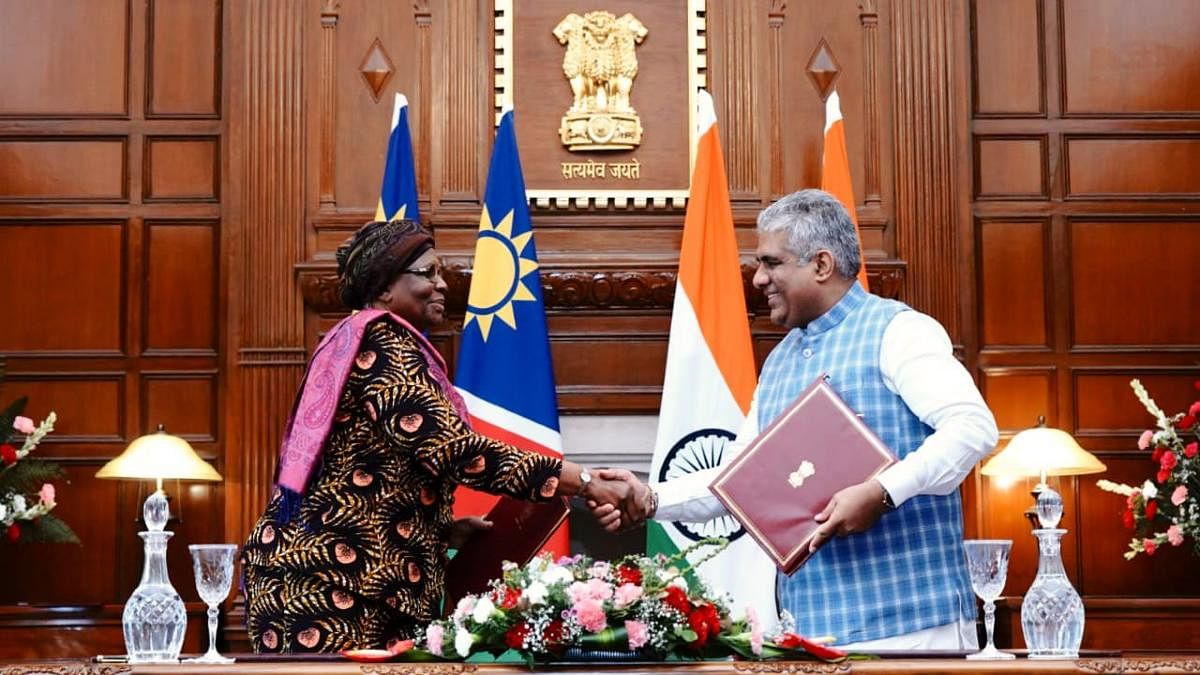 The Modi government signed a Memorandum of Understanding (MoU) with Namibia to bring back cheetahs to India. The Asiatic cheetah was declared extinct in India in 1952.

The plan to bring African cheetahs to India has been decades in the making. India had approached Namibia and South Africa to source cheetahs for the introduction plan.

According to a press release issued by the Ministry of Environment, Forest and Climate Change (MoEFCC), the India-Namibia MoU “focuses on wildlife conservation and sustainable biodiversity utilisation between the two countries”.

An accompanying press note says the purpose of the cheetah introduction plan is to establish a population that will “perform its functional role as a top predator”, with a gradual growth in population expected to “contribute to its global conservation efforts”.

The press note adds that the cheetah introduction plan would help the larger ecosystem and “save not only its prey base comprising certain threatened species, but also other endangered species”, such as the caracal, Indian wolf, and birds in the bustard family.

The Kuno National Park, where the cheetahs will be kept in an enclosure, has the capacity to house 21 to 36 cheetahs.

Funding for the project will come from the MoEFCC and the National Tiger Conservation Authority, supplemented by private finance through corporate social responsibility (CSR), the government has said.

Apart from cheetah conservation, the press release says, the countries will collaborate on environmental governance, pollution and waste management, and “technological applications, mechanisms of livelihood generation for local communities living in wildlife habitats”.

The agreement was signed after much delay, reportedly because Namibia was hesitant to agree without support from India on its efforts to lift the ban on global ivory trade imposed by the Convention on International Trade in Endangered Species (CITES) — to which both countries are signatories.