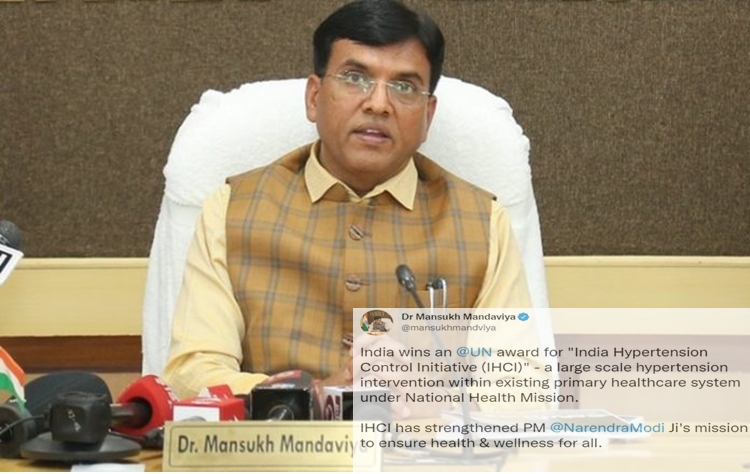 The IHCI won the ‘2022 UN Interagency Task Force and WHO Special Programme on Primary Health Care Award’ at the UN General Assembly side event held at New York in USA yesterday. The award recognizes the outstanding commitment and action of India to prevent and control Non-Communicable Diseases and deliver integrated people-centric primary care.

Complimenting the healthcare initiative, Union Health Minister Dr. Mansukh Mandaviya said in a tweet, the IHCI has strengthened Prime Minister Narendra Modi’s mission to ensure health and wellness for all. He said, the government is committed to building a healthy and fit India.

The IHCI has been able to leverage and strengthen the existing healthcare delivery system, and hypertension control interventions under National Health Mission. The initiative was launched in 2017 and expanded in a phased manner to cover more than 130 districts across 23 states.

Under the initiative, more than 34 lakh people with hypertension are taking treatment in government health facilities, including Ayushman Bharat Health Wellness Centres.