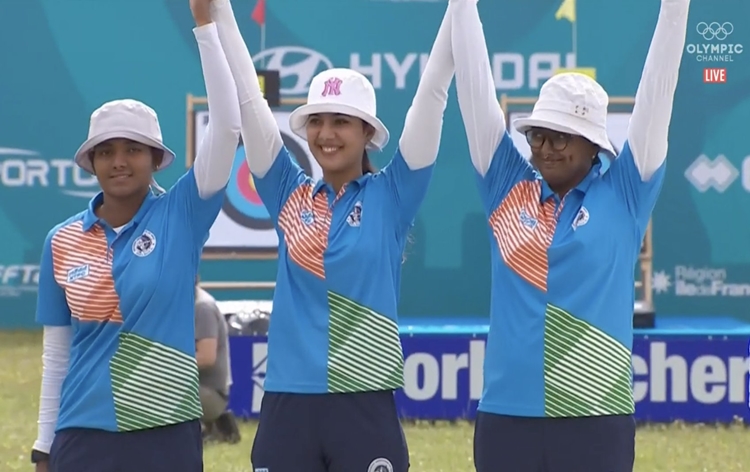 In Archery, the Indian women’s recurve team of Deepika Kumari, Ankita Bhakat and Simranjeet Kaur won silver medal after the trio’s fairytale run was halted by Chinese Taipei in a one-sided final at the World Cup Stage 3 in Paris. India concluded their campaign with one gold and two silver medals – two of them coming in the compound section.

The Archery World Cup is a competition, started in 2006, organized by the World Archery Federation, where the archers compete in four stages in four countries and the best eight archers of each category (from 2010, four archers during 2006-09) advance to an additional stage to contest the Archery World Cup Final.