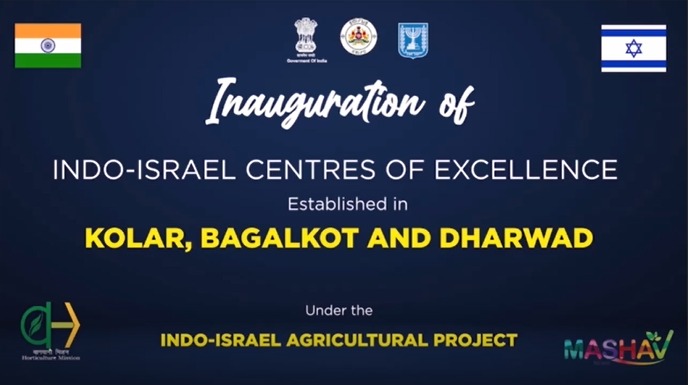 Three Centers of Excellence have been established in Karnataka under the Indo-Israel Agricultural Project. Union Minister for Agriculture and Farmers Welfare Narendra Singh Tomar and Chief Minister of Karnataka B S Yediyurappa jointly inaugurated it.

Under Government to Government cooperation 29 Centers of Excellence are to be set up in 12 states in India. Out of these, three Centers were launched virtually in Karnataka.

The Centres of Excellence in Kolar, Bagalkote and Dharwad in Karnataka will implement advanced Israeli Agro-Technology tailored to local conditions.

Kolar will work on Mango, Bagalkote on Pomegranate and Dharwad center on vegetables. The work will be towards demonstrating best practices and training farmers in Precision Agriculture through satellite imaging, advanced fertigation and beneficial demonstration of super Bhagwa canopy management techniques.