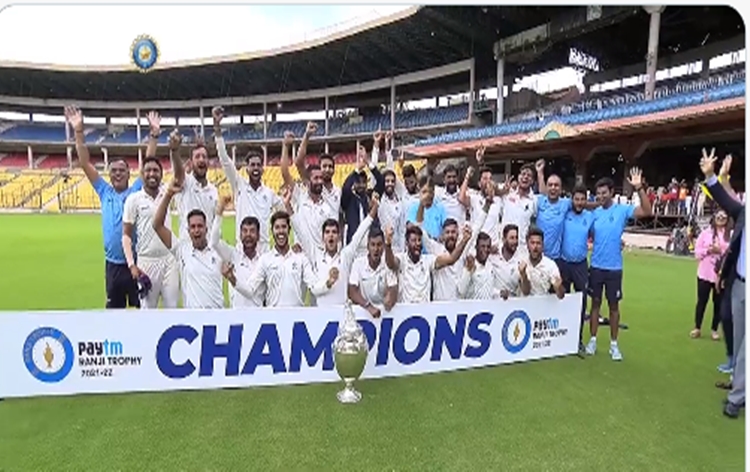 The Ranji Trophy is a domestic first-class cricket championship played in India between multiple teams representing regional and state cricket associations. The competition currently consists of 38 teams, with all 28 states in India and four of the eight union territories having at least one representation. The competition is named after the first Indian cricketer who played international cricket, Ranjitsinhji, who was also known as ‘Ranji’.

The competition was launched following a meeting in July 1934, with the first fixtures taking place in 1934–35. The trophy was donated by Bhupinder Singh, the Maharaja of Patiala. The first match of the competition was held on 4 November 1934 between Madras and Mysore at the Chepauk ground in Madras.