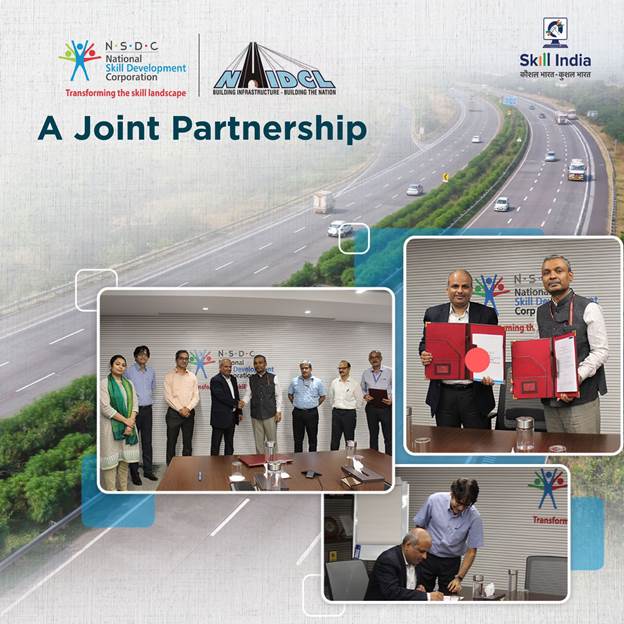 The MoU provides a formal basis interaction between NHIDCL and NSDC, and will play a significant role in realizing the aims and objectives of Prime Minister’s skill development program.

The purpose of this MoU is to establish the basis of collaboration between NHIDCL and NSDC, to take up multiple initiatives contributing towards making India the Skill Capital of the World.

Both NHIDCL and NSDC are leading premier National organizations in their respective fields and are desirous of working together as a team to achieve national objectives, undertaken with their best abilities and maximum mutual co-operation with the intent of helping each other.