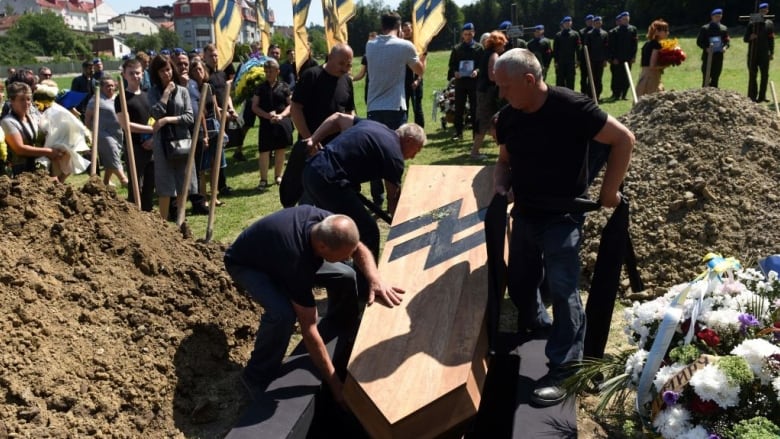 Russia’s Supreme Court declared Ukraine’s Azov Regiment a terrorist organization, a designation that could lead to terror charges against some of the captured fighters who made their last stand inside Mariupol’s shattered steel plant.

Russia and its rebel allies are holding an estimated 1,000 Azov fighters prisoner, many since their surrender at the steelworks in mid-May. Russian authorities have opened criminal cases against them, accusing them of killing civilians. The addition of terrorism charges could mean fewer rights and longer prison sentences.

A terrorist organization’s leaders could receive 15 to 20 years, and group members could get five to 10, according to Russian state media.

In its ruling, the Supreme Court banned the Azov Regiment in Russia. That could also outlaw the regiment in areas of Ukraine occupied by Russian or Russia-backed forces, if those territories go ahead with plans to become part of Russia.