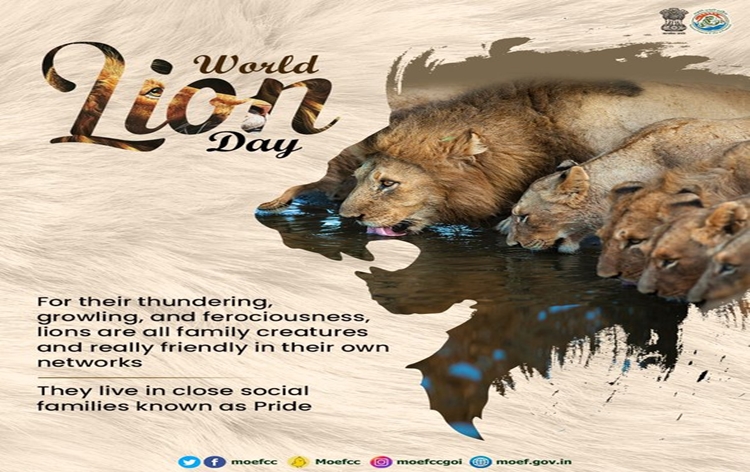 Launched in 2013, World Lion Day is annually observed on August 10th with an aim to raise awareness and gather support for lion conservation.

The purpose of World Lion Day, as previously indicated, is to increase public awareness of the significance of lion conservation. Lions are designated as a vulnerable species on the Red List of Threatened Species by the International Union for Conservation of Nature (IUCN).

There are currently between 30,000 and 100,000 lions left in the world. To ensure the safety of lions, it is crucial to increase public awareness of the threats they face, protect their natural habitat, and build more of these kinds of habitats.

The population of Asiatic lions has steadily increased in Gujarat’s Gir forest and the larger Saurashtra protected area after experiencing a long period of decline. Between 2015 and 2020, their population increased from 523 to 674. The much larger African lions are a distant relative of the Asiatic lions of India.