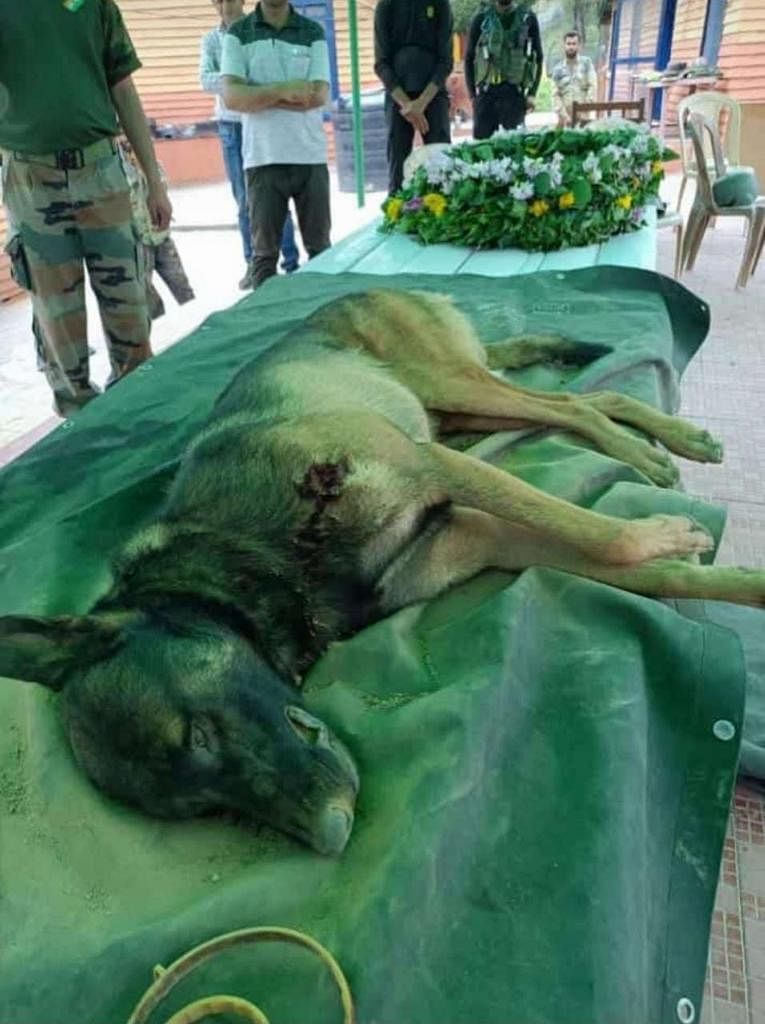 Two-year-old Axel, a Belgian Malinois of the army’s elite assault dog squad, was shot dead by a terrorist in Kashmir’s Baramulla district Sunday, minutes after it sniffed out the hiding terrorist.

Axel was deployed after the first room of the building had been sanitised. Sources said that the dog first entered the same room and cleared it. As soon as he entered the second room, he was fired upon by a terrorist hiding there.

An exchange of fire ensued between the troops and the terrorists, and once the operation was over, Axel’s body was retrieved. Axel’s handler also sustained superficial injuries.

The canine soldier, who had just turned two last month, belonged to the 26 Army Dog Unit and was in operation with the 29 Rashtriya Rifles.